Some say that Mahr’s Bräu made a deal with the Devil…or at least the Weather Gods – if you believe in these ol’ time superstitions. Fact is the event was just too awesome for rain. JD McPherson rocked Bamberg’s Wunderburg and turned the open air concert in the brewery courtyard into a sensational, unforgettable experience. The crowd was huge and they came from everywhere – Hamburg, Berlin, Bad Tölz, etc. And no one went home disappointed. People were absolutely electrified to have an artist like McPherson in small town Bamberg (my beloved Bamberg, please forgive me…but JD usually rocks stages in major cities all around the world). In addition to the rock-hungry rockabilly fans from all over Germany, many musicians – to include Smokestack Lightnin’ singer and bassist Bernie Batke – were also in Bamberg’s Wunderburg to press the flesh. Because it is clear how experiencing JD McPherson Live is something people in the music scene just cannot miss out on. Guests were psyched, Mahr’s Bräu was psyched and JD McPherson? Everyone, including Producer, Jimmy Sutton, was thrilled. Sutton works as a Producer for other musicians in this scene and was totally impressed with Mahr’s Bräu’s organization and set-up. Therefore, he immediately agreed when JD McPherson announced plans for a return. For a long time now the avowed Mahr’s Bräu fan had planned on doing a concert at Mahr…and this year, the time had finally arrived. Regardless of the musician’s heavy schedule, he agreed to do a concert (his only concert in Germany) at Mahr’s Bräu. The band arrived a day earlier to enjoy a few beers with friend Stephan Michel, indulge in their visit to Bamberg, savor a few local food specialties at Mahr’s Wunderburg brewpub, and bask in the warm welcome of Bamberger fans. The Bamberg band NO CASH opened the evening concert, kick starting the dance-crazed crowd with their authentic Johnny Cash covers, classic rockabilly and electrifying Rock ‘n’ Roll. Then Marc & The Wild Ones did the honors. Frontman Marc Valentine lives in Portugal and flew in together with his rockabilly wife Miss Ruby Ann. The band delivered a first-class warm-up for JD McPherson with thier unmistakable sound and Rockabilly tunes from the ‘50s and ‘60s. All in all, a fantastic evening of the superlative, in living color, in Bamberg’s Wunderburg. Getting back to Mahr’s deal with the Weather Gods; one minute after the last song echoed through the courtyard and streets of Bamberg’s Wunderburg, the skies opened up and the rains came. So, it all went off without a hitch, and it only cost us our souls 😉 (Photos: Helmut Ölschlegel) *Translated from original German text into English by UCCB International 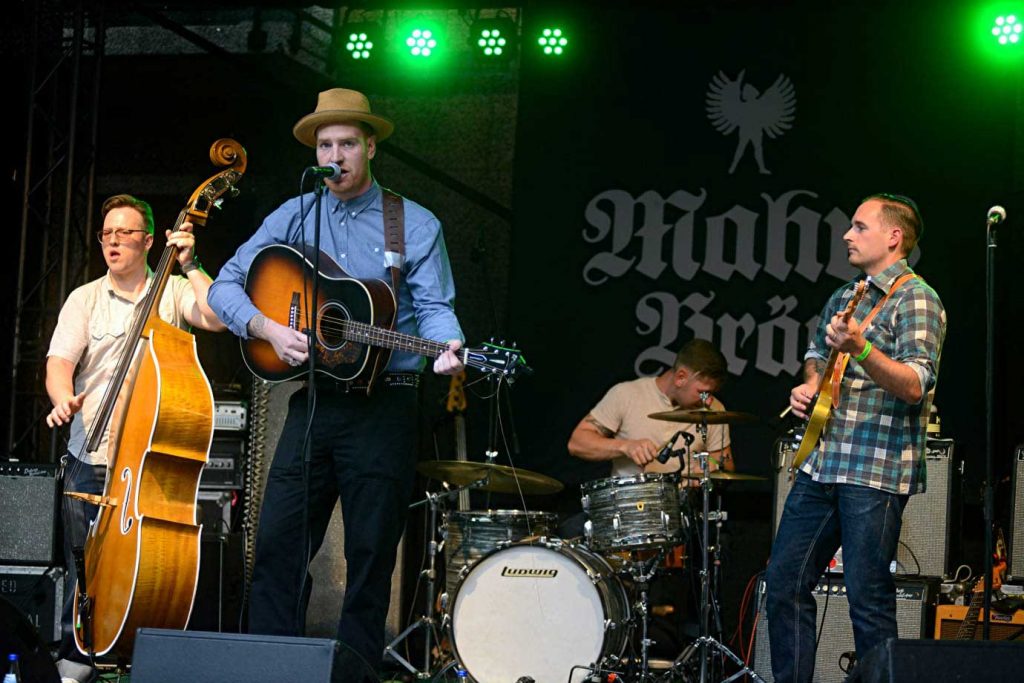 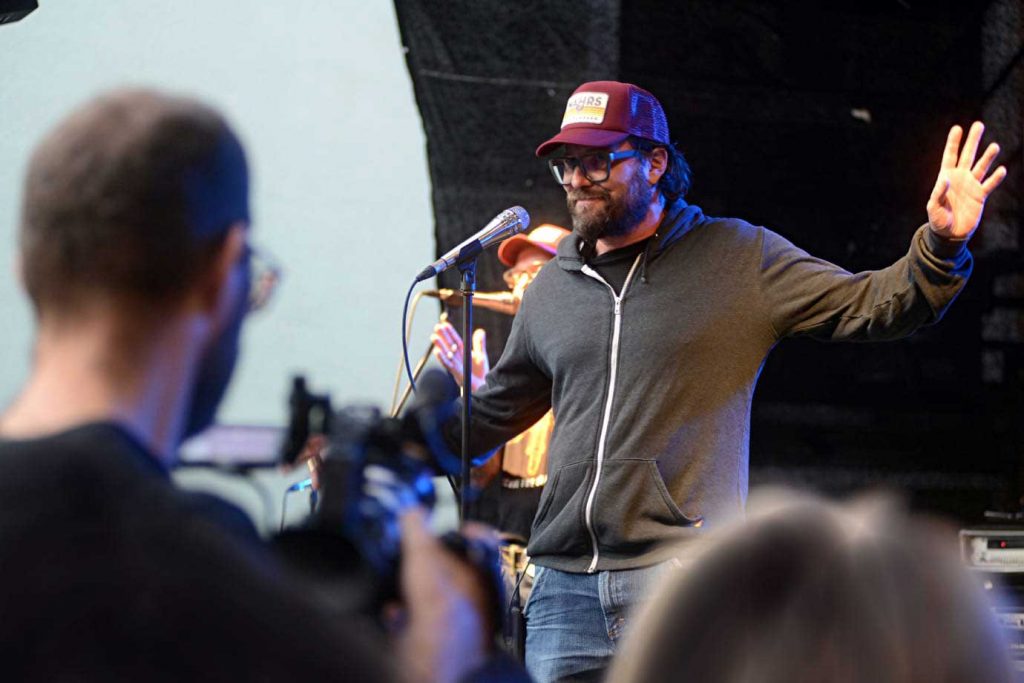 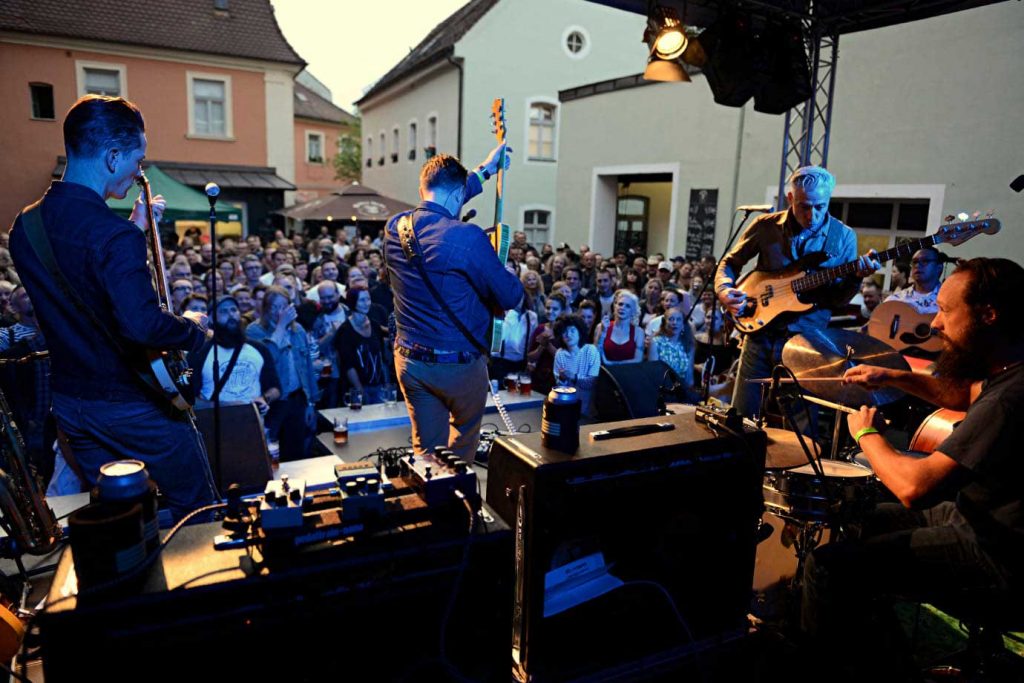 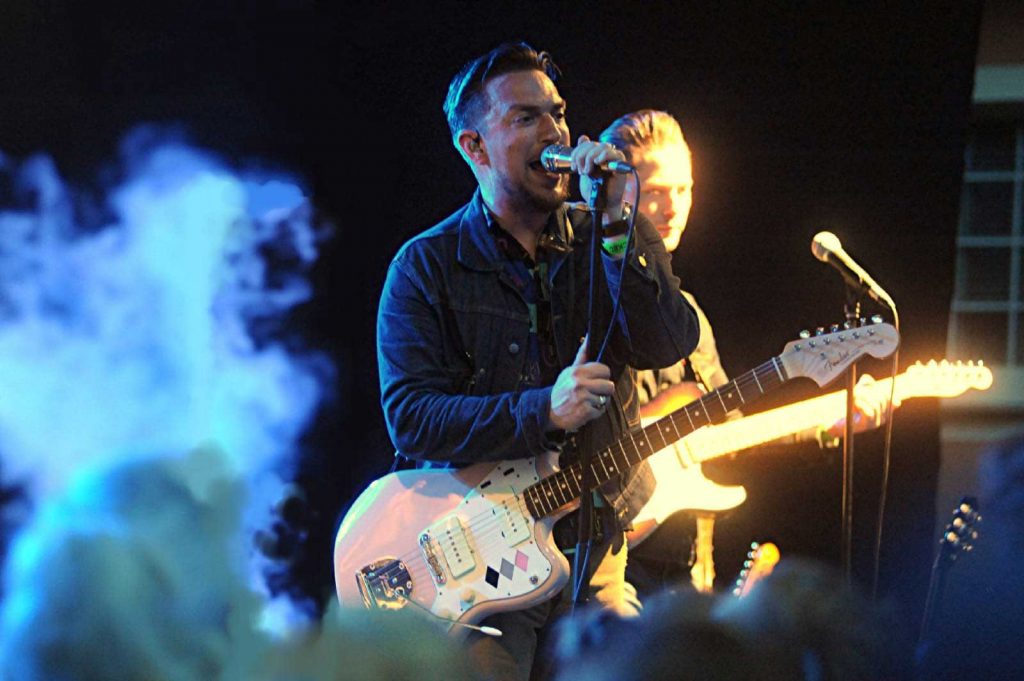 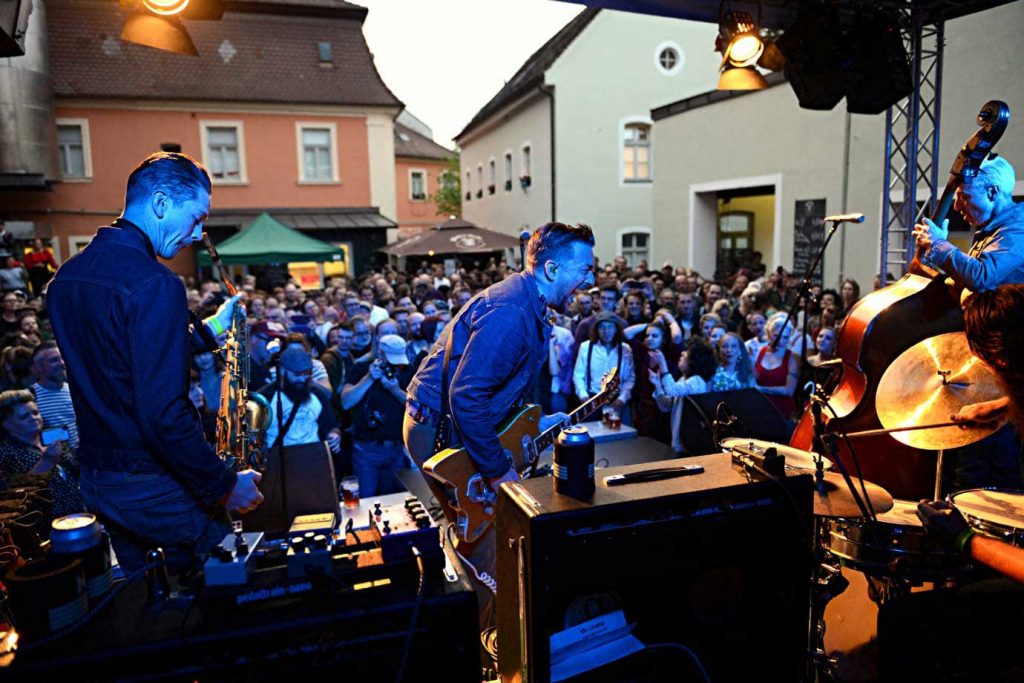 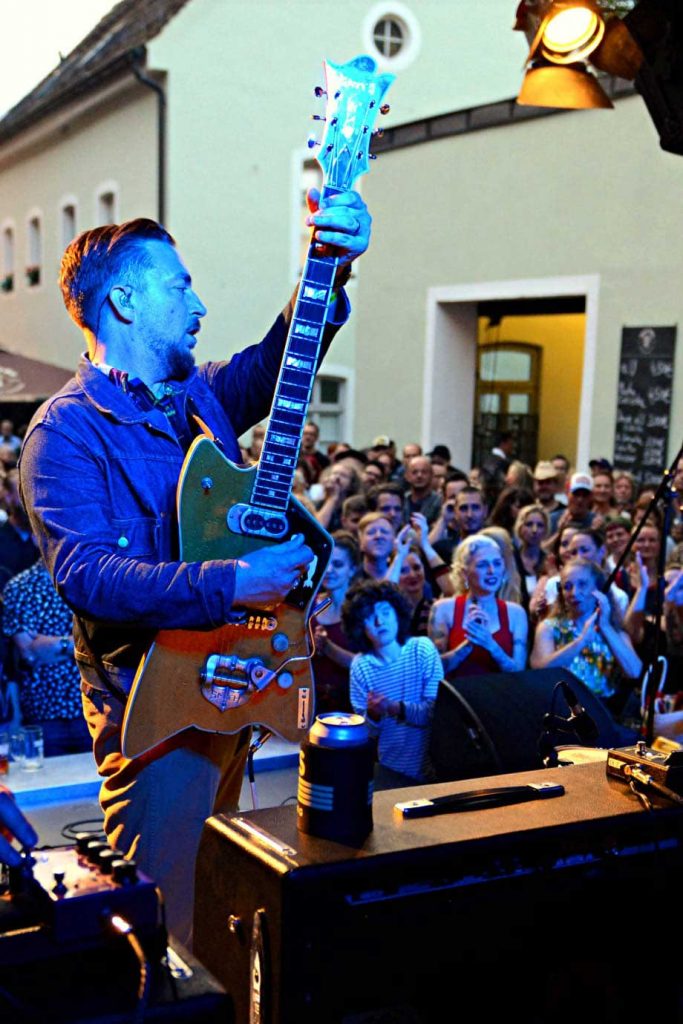 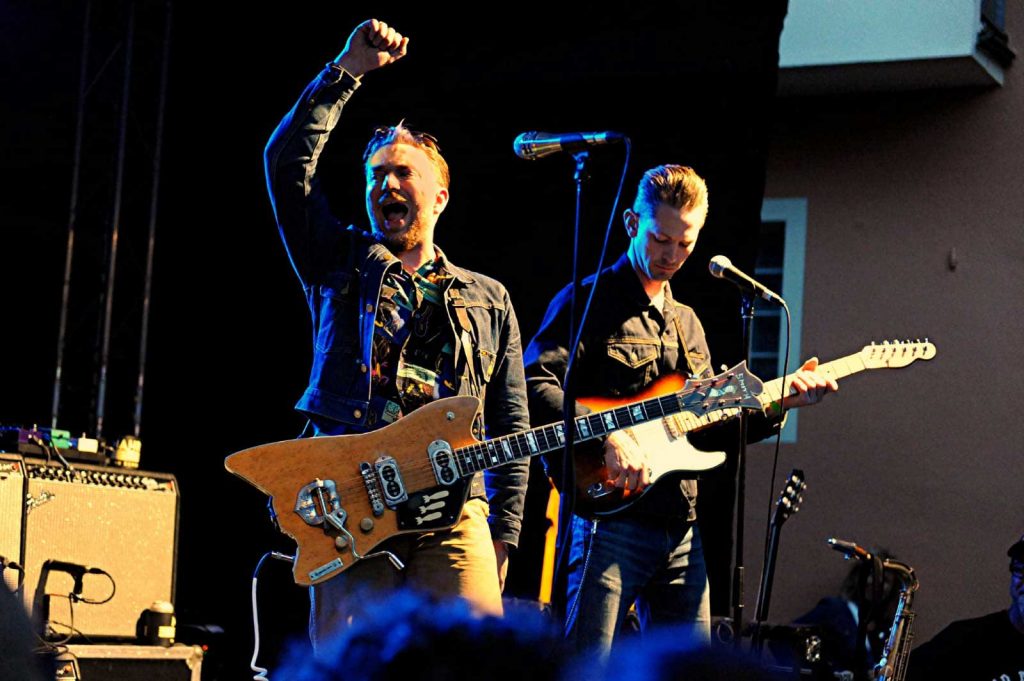 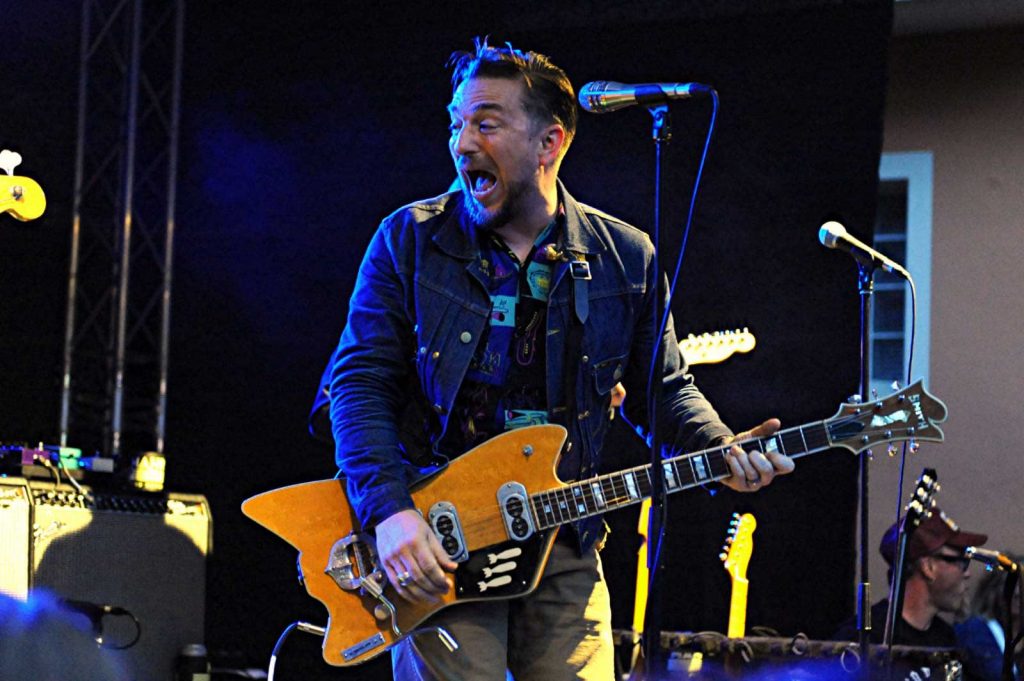 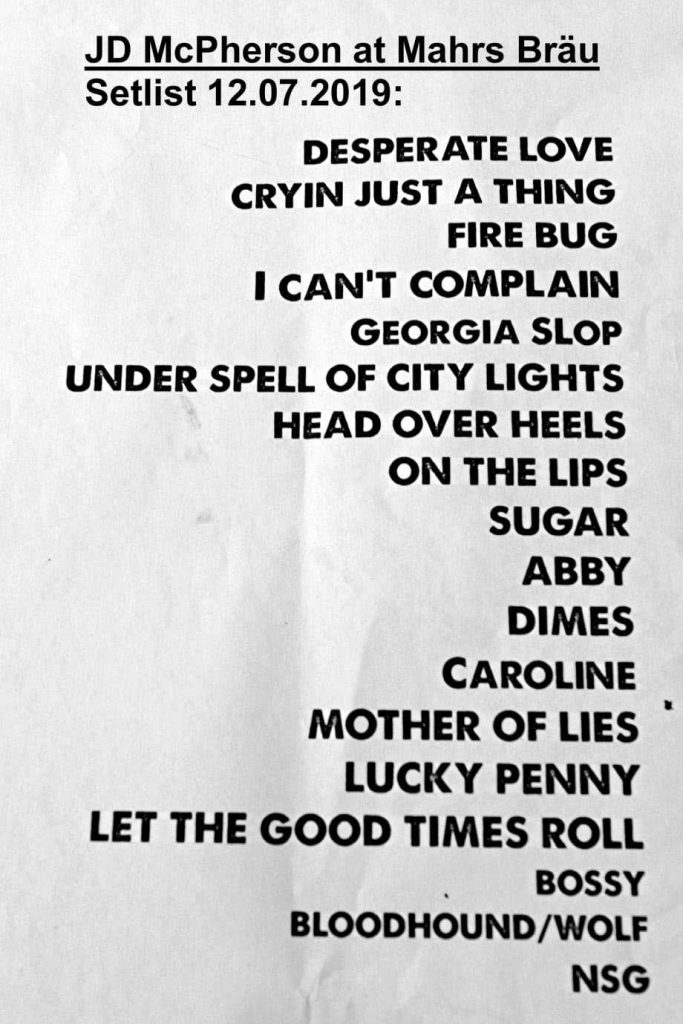