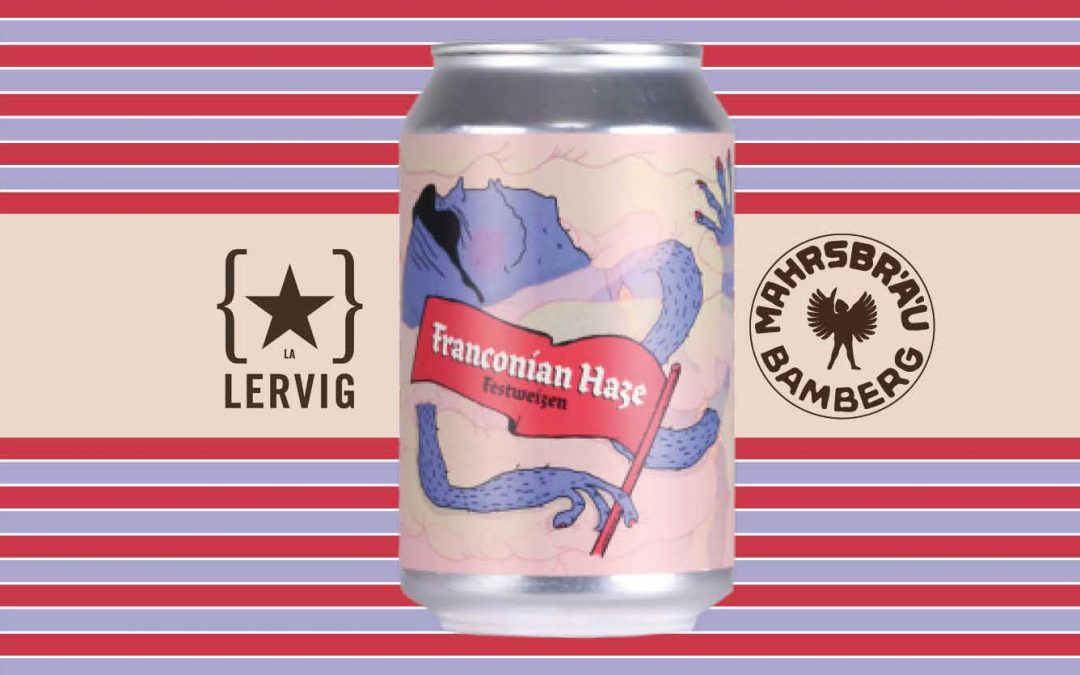 “The best beer in the world” and Mahr’s Bräu together in a can? Nothing easier than that. Say hello to »Franconian Haze« Big goals. The Norwegian Lervig Brewery – who claim to brew the best beer in the world – alongside Rock Star Brew Master Stephan Michel (CEO and Doemensian of Mahr’s Bräu Bamberg) have teamed up to bring a very special beverage out of the cradle. »Franconian Haze« is the name of this Festweizen that was born in Stavanger, Norway during the winter 2019. Lervig is one of Norway’s five largest breweries, with its headquarters in Stavanger. As an independent brewery – like Mahr’s Bräu – they produce a wide range of high-quality beers; from Pilsners and Pale-Ales with high drinkability to Stouts, Pale-Ales and Sours matured in casks. In order to satisfy the hunger of craft beer lovers and beer connoisseurs worldwide, Lervig is constantly expanding its boundaries and spectrum, brewing a wide variety of innovative beers – many brewed in cooperation with well-known breweries around the world. The international market is crazy about these cool beers with the artistic design of this Norwegian brewery; each new product from Lervig is met with eager anticipation. Lervig relies almost exclusively on cans, while only a few special editions beers are sold in bottles. The cans are characterized by different, imaginatively drawn package designs and the content underpins what the packaging promises. Because the international brewing team from Lervig, especially friend of Mahr’s Bräu, Mike Murphy, place the highest demands on themselves and their product, they are constantly striving to optimize the classic beers, while bringing new creations to market, thus expanding their limits. In addition to varieties such as »Milkshake-IPA«, the brewery’s repertoire now also includes the new Festweizen »Franconian Haze«, which was brewed in collaboration with Stephan Michel of Mahr’s Bräu. “I was very happy to bring a Festweizen to market together with Lervig, most of all because we were currently brewing our traditional Festtagsweizens in Wunderburg,” says Michel. Michel traveled to Stavanger for the What’s Brewing festival because Mahr’s Bräu was taking part. The idea of a collaboration brew had been on the table for a long time, so the two beer enthusiasts took advantage of their time together and headed into the brewhouse. What came out of was »Franconian Haze« and, based on the Mahr’s Bräu Festtagsweizens, she hits like a real vivacious bombshell among Weizen beers. __________________________ More information at lervig.no *Original German text translated into English by Matthew “Mayday” Malone of Bamberg’s UCCB International