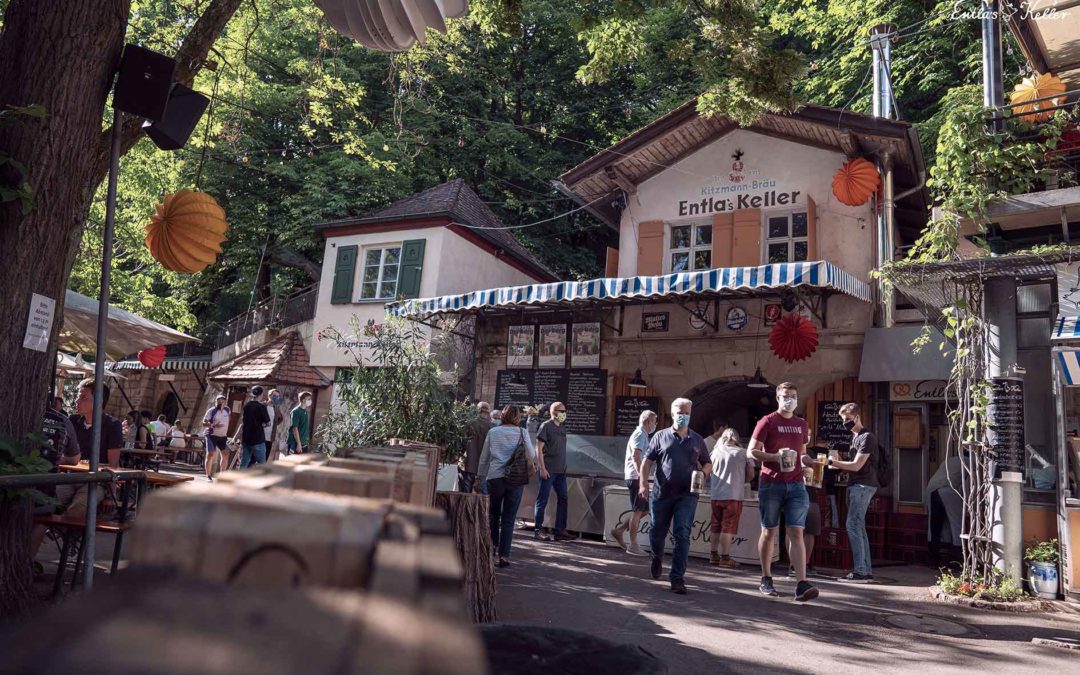 Like Bamberg, Erlangen has an exciting beer history. The Erlangen beer cellars have always been known far beyond the borders of Upper Franconia. The oldest cellar on the hill is Entla’s Keller. Vincenz Schiller, master brewer and third generation family owner of this famous beer cellar, is on point and operates the seasonal beer garden from April till September, and – except for this year, of course – during Erlangen’s famous Bergkirchweih (aka “The Berg”). Entla’s Keller is renowned for its excellent location under shade trees, its Franconian “Brotzeit” (a traditional assortment of fresh cold cuts and cheeses, served on a cutting board with a fresh baked pretzel or bread) and delicious “Ochs am Spieß” (Ox on a Spit).  Not to mention, of course, the excellent beer selection, which now includes Mahr’s Bräu. Vincenz Schiller was asked why he now serves Mahr’s Bräu and he promptly answered: “First of all, of course, because their outstanding Keller Beer is a perfect match for our beer garden. Then, like many of our guests, I truly like the Mahr’s Bräu brand very much. On one hand you have the old school traditionalists who have always loved Mahr’s Bräu, and on the other hand we have many young Erlangers who are excited about the fresh and innovative wind owner Stephan Michel has put into Mahr’s Bräu sails.” During his apprenticeship and two years spent in Bamberg, Vincenz Schiller was in constant contact with Stephan Michel, which then formed the true beginning of their collaboration, so to speak – also helped along by the departure of the Kitzmann brand from Entla’s Keller. “I value Mahr’s Bräu as a partner and Stephan Michel as a person. To me, he is someone who knows my concerns and my business, because he is not just a beer producer, but also a restaurateur. He knows what is important and that sometimes things have to also happen spontaneously,” says Vincenz Schiller. He knows what he is talking about, because like Fritz Engelhardt, his father, Vincenz Schiller stands for regionality, quality and good taste. And he knows good taste, because in addition to his own beers – being a trained master brewer himself – he gladly serves Mahr’s Bräu’s “U Beer”, the famous “ungespundeten” Keller Beer from the Bamberg brewery. Not only can one experience great beer and delicious food at the Erlangen cellar, but Erlangen’s rich history can also be experienced. Dormant in these Erlangen hills rests a huge cultural heritage site: a 21-kilometer (13-mile) long network of tunneled corridors which, for hundreds of years, were previously used by brewers as beer warehouses. They lead deep into the foothills, linking the modern-day cellars to one another. Every Sunday, from Spring till September, Fritz Engelhardt takes people who are thirsty for knowledge and hungry for history into the channeled passageways of the Erlanger Bierberg. More about the guided tours and cellars can be found at www.entlaskeller.de The Entla’s Keller Erlangen is open from April to the last Sunday in September from 11 a.m. to 11 p.m. 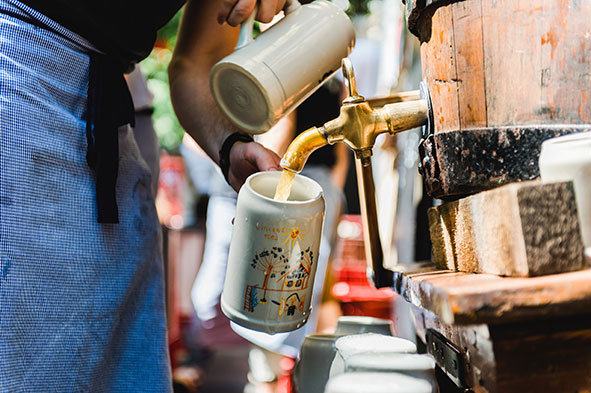 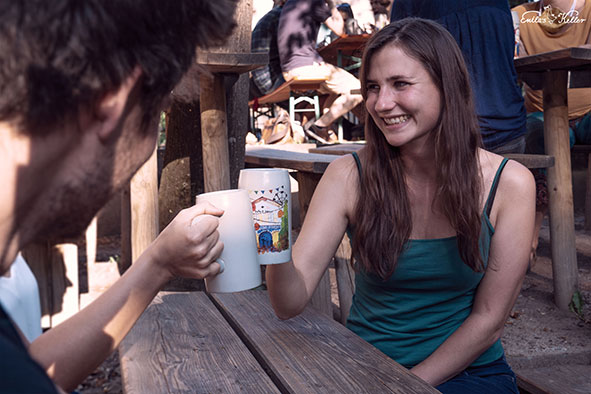 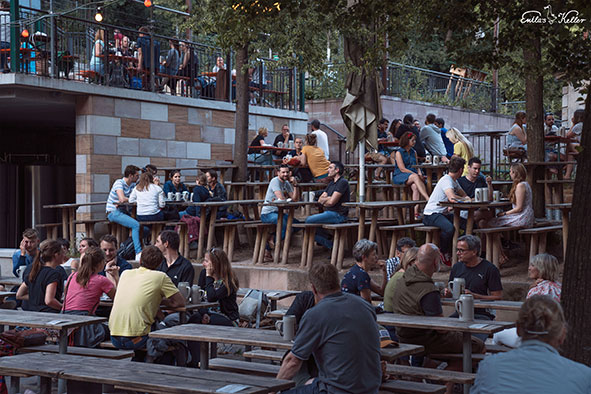 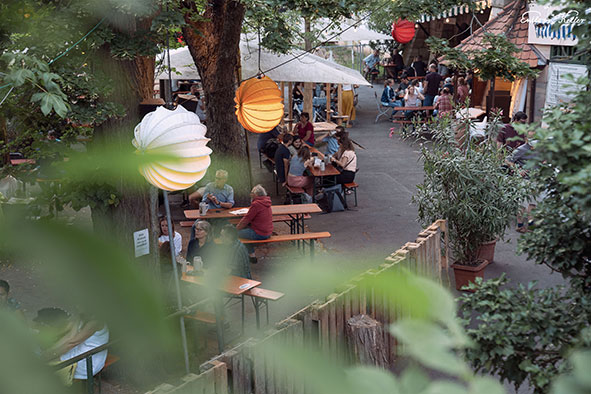 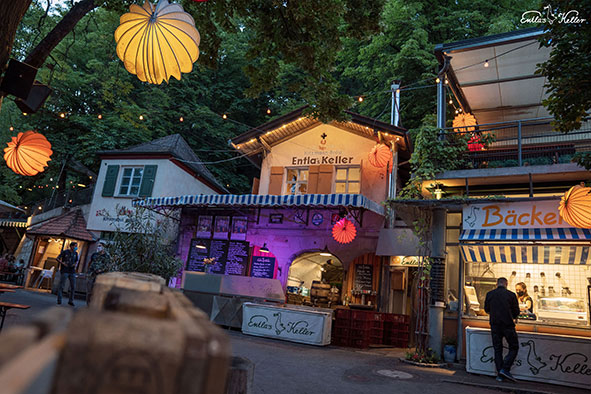 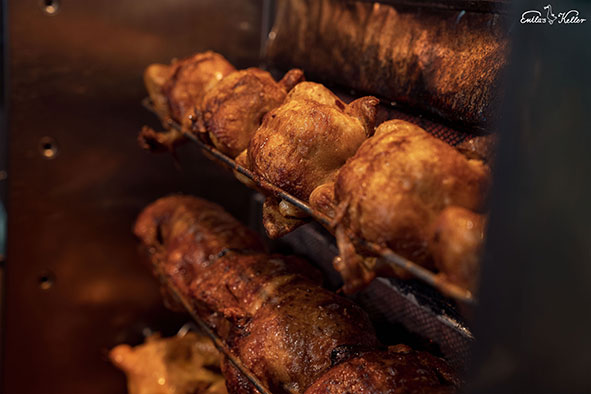