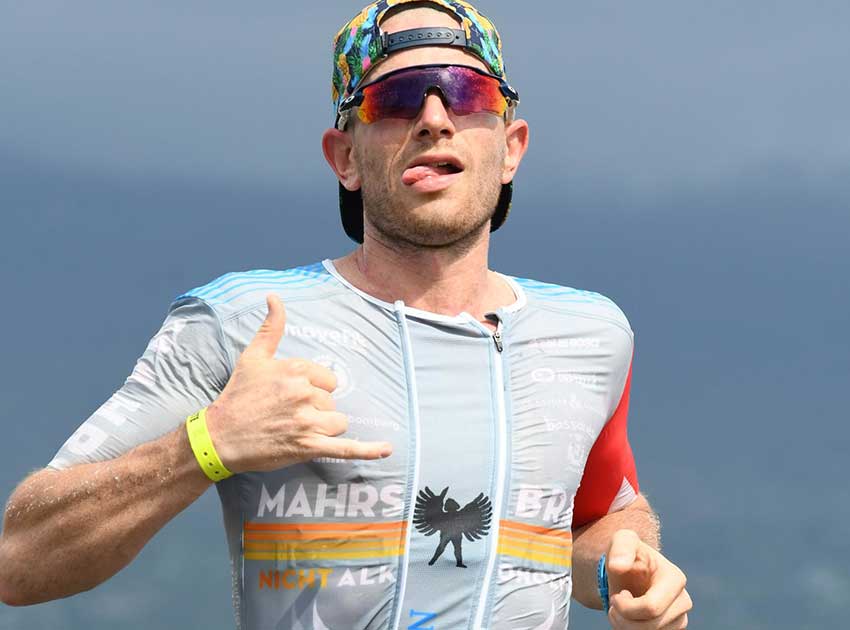 Oh man! It must have been an incredible feeling. Three weeks after finishing 2nd in his class (M35-39) in the Hawaii Ironman World Championships – a very proud accomplishment, to say the least – Bamberg’s “Team Mahr’s Bräu Nicht Alkoholfrei” world-class athlete, Chris Dels, received a call from Ironman CEO Andrew Messick. Messick called to inform him that the winner, Sérgio Marques, was disqualified; moving Dels into first place…an Ironman World Champion! The news was a shock, however not a surprise. For many years, Marques has started as a professional, even as recently as September 2019 when he started in the pro-class at the Ironman 70.3 Cascais. At the 2019 Challenge Almere he was also entered as a pro. However, for the Ironman World Championship in Hawaii, Sérgio Marques did not communicate his pro status to the registrations committee, not even after Chris Dels addressed it at the awards ceremony. “I’m annoyed that he lied to my face, but of course I’m ecstatic about winning the title.” said Dels. With Marques’ disqualification, his nine-minute lead was nullified, and with his time of 8:44:15, Chris Dels took his place in the record books as an Ironman World Champion. It’s much better late than never. Congratulations Chris, we salute you! *Original German text translated into English by Matthew “Mayday” Malone of Bamberg’s UCCB International