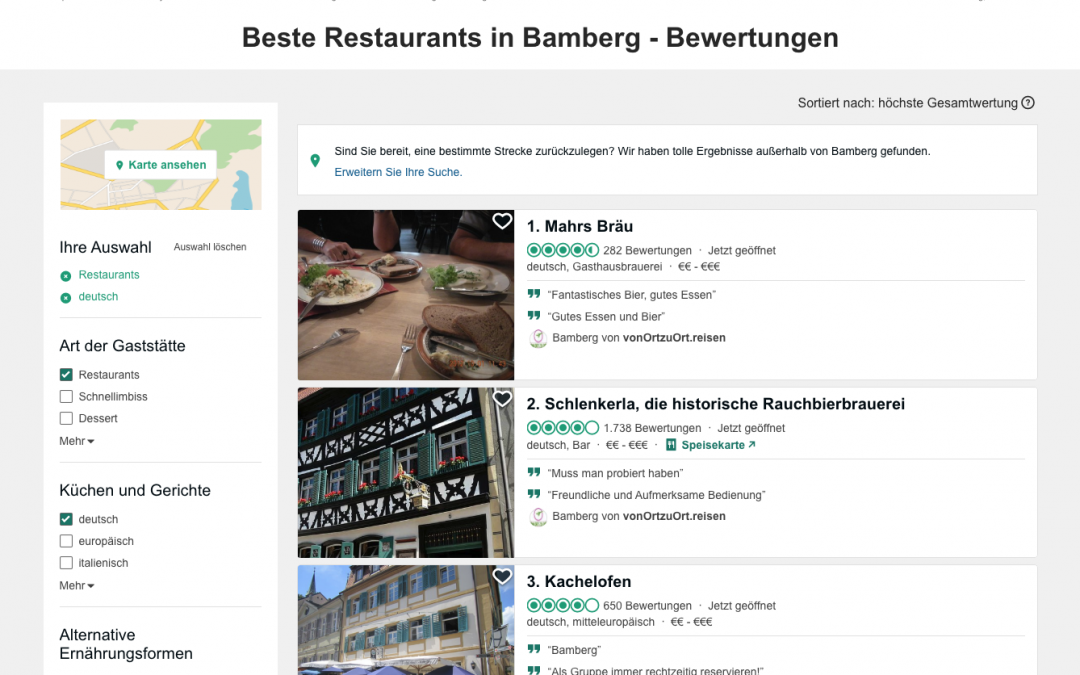 It’s clear that Mahr’s Bräu has grown to become a household name far beyond the borders of Bamberg. Mahr has set the bar from Bamberg’s Wunderburg to Berlin, from England all the way to Tokyo. However, a cool “Seidla” (or Pint) always tastes best at home. For us, that home is in Bamberg’s Wunderburg, inside a time-honored building with an esteemed centuries-old tradition and years of brew-craft under the belt. This is where the food tastes best! And this has also now been confirmed by TripAdvisor, who placed Mahr’s Bräu at the top; ranked 1st Place in Bamberg with 282 reviews and 4.5 points (out of 5). From “Schäuferla” to Bock beer, from “Helles” to “a U”, from “Brotzeit”, to vegetarian dishes, to Franconian feasts – you can try it all at Mahr’s Bräu! Thanks for great reviews and thanks also for the critiques. You only get better with those. Cheers to first place! *Original German text translated into English by Matthew “Mayday” Malone of Bamberg’s UCCB International