JD MCPHERSON IS COMING BACK TO BAMBERG’S WUNDERBURG!

treats for the eyes, nose and taste buds

JD MCPHERSON IS COMING BACK TO BAMBERG’S WUNDERBURG! +++
DOORS OPEN FOR MAHR’S BRÄU BEER EMBASSY +++
Franconian Haze and Norwegian Spirit +++
treats for the eyes, nose and taste buds +++
There’s no beer on Hawaii? Mahr sets the bar in Hawaii! +++
MAHR’S BRÄU RANKED 1st FOR BEST RESTAURANT IN BAMBERG +++
Let´s have a beer in the World Heritage City +++
Belated World Champion +++
Mahr’s Bräu is recognized as one of Germany’s best +++
On a secluded island, yet never without beer – an interview with Stephan Michel +++
“Our Originals” – Awarded to Mahr’s Bräu Bamberg +++
Project Podium Success – Chris Dels stands on the Ironman Podium +++
Year after year…and every year it continues to be absolutely awesome! +++
Are they not wonderfully impressive? Our hops in the Hallertau morning sun… +++
Mahr’s Bräu at IGN Hops Convention 2019 – “Niederlauterbacher Hopfentag” +++
Food, Music and Drink – An indulgence of the senses +++
He came to celebrate life – Andy Frasco live @Mahr’s Bräu +++
Mahr’s Bräu cleans up with four wins at the 2019 World Beer Awards! +++
Mahr’s Brew in L.A. – Cans and Cams +++
A Concert Highlight of the Superlative – JD McPherson Live @ Bamberg’s Wunderburg +++
open

All good things come in threes 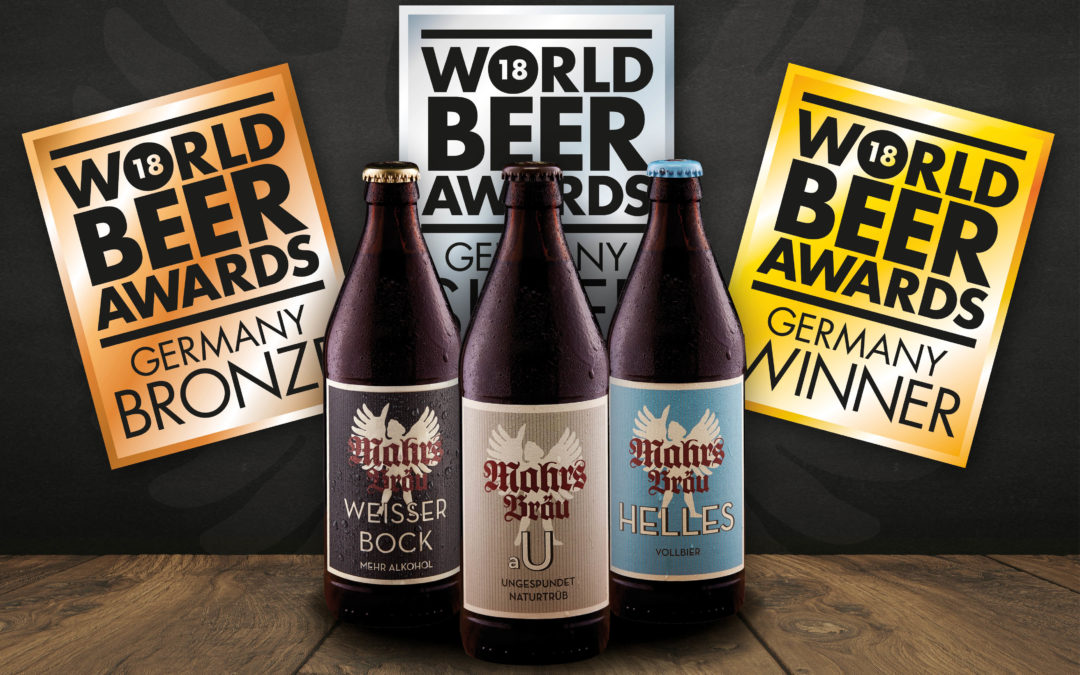 Included in the world’s most prestigious beer tasting competitions is most definitely the “World Beer Awards”, awarded by Paragraph Publishing, a British publishing house for Europe’s leading beer and whisky magazines. Representing 36 countries, the best in their class are selected from among nearly 2,000 submitted beers.
The beers are evaluated in several blind tastings and then awarded gold, silver or bronze. In a final round of tastings, a jury of over one hundred experienced brewers, beverage industry experts and journalists select the world’s best beers.

In the midst of it all were the humble beers of Bamberg’s Mahr’s Bräu. And it was exemplary to find out that one of Germany’s best beers comes from our quaint Wunderburg: in the category of “Helles/Münchner” the “Mahr’s Bräu Helles Vollbier” was Germany’s Winner for 2018! Even our “a U – Ungespundet/Naturtrüb” made us proud, bringing home a silver medal. And in the category of “Strong”, our “Mahr’s Bräu – Weisser Bock” was awarded bronze.

A proven trifecta that can be seen and tasted.

*Translated from original German text into English by UCCB International 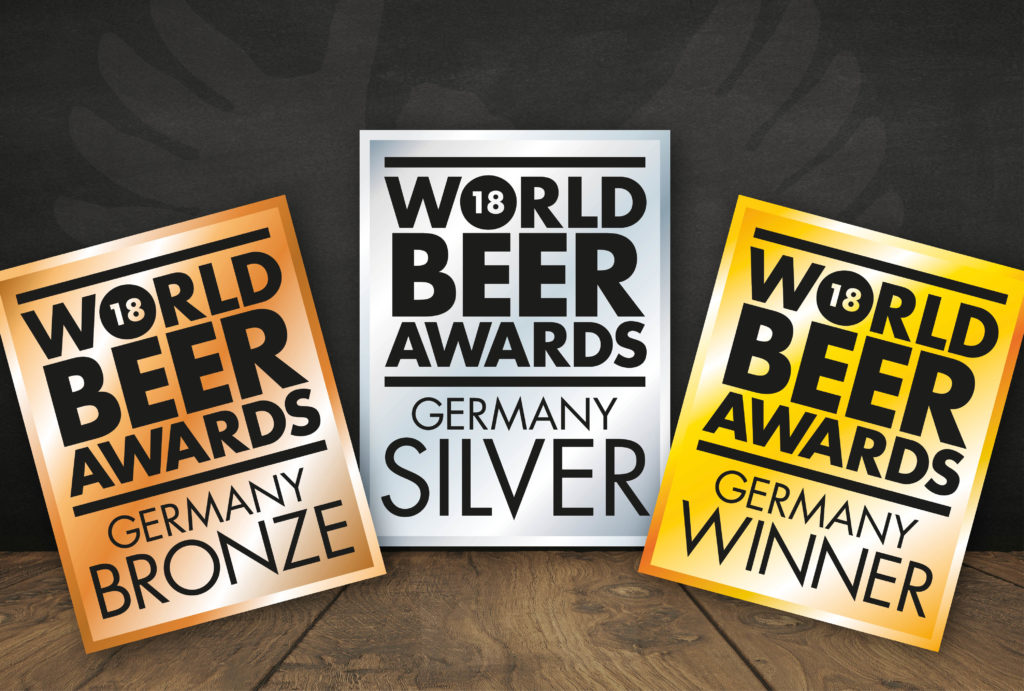