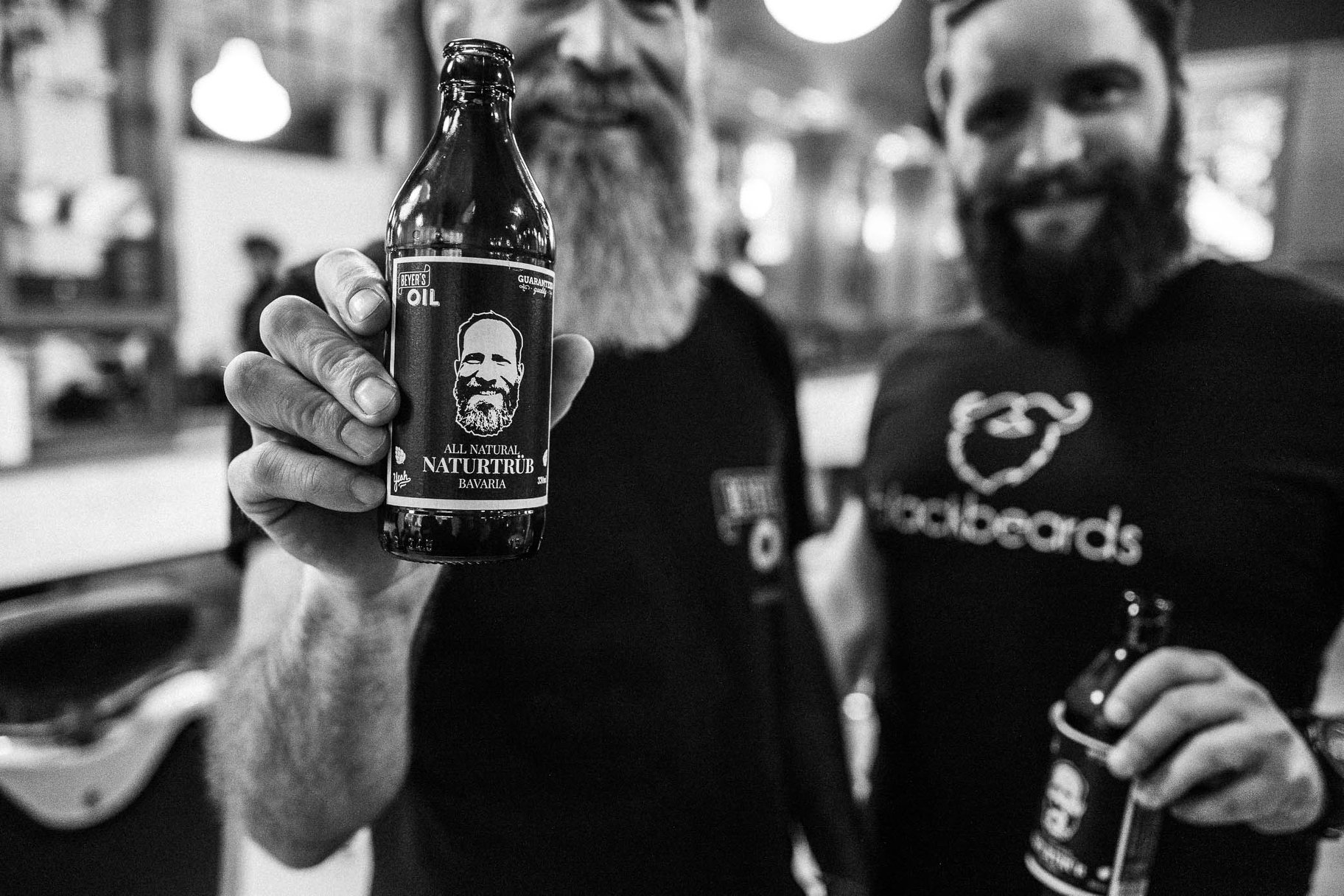 Made from 100% natural ingredients, grown through controlled cultivation and handmade in Bavaria. That’s Beyer’s Oil – a highly renowned and recommended beard care product, which is now available in over 50 barbershops, concept stores and online shops in 10 countries. Beyer’s Oil founder Bastian Beyer, who started developing beard oil from natural ingredients during his one-year parental leave in early 2015, has now created his own beer, “ALL NATURAL NATURTRÜB”, in collaboration with Mahr’s Bräu. It is set to unveiled in April and served to the numerous guests on April 13 to celebrate the 3-year anniversary of Beyer’s Oil at Barber House in Munich. “I got to know Stephan years back as the ‘Crazy Bavarian in New York’,” says Beyer. “I was with friends in a beer bar where Stephan, befitting to his style, was decked out in full traditional Lederhosen serving up his delicious beer, on tap. Understandably, Americans were crazy about his traditionally brewed, Bavarian beer from the Wunderburg. Since then we have stayed in contact with each other, and one call was all it took. One day after our call, the first photo of a freshly bottled Beyer’s Oil “ALL NATURAL NATURTRÜB” arrived in Munich.” More about Bastian Beyer and his truly sensational Beyer’s Oil products can be found at beyersoil.com Photos: monsieurmueller.com (*Translated from original German text into English by UCCB International)
X
Diese Website benutzt Cookies. Wenn du die Website weiter nutzt, gehen wir von deinem Einverständnis aus. Mehr InfosOK