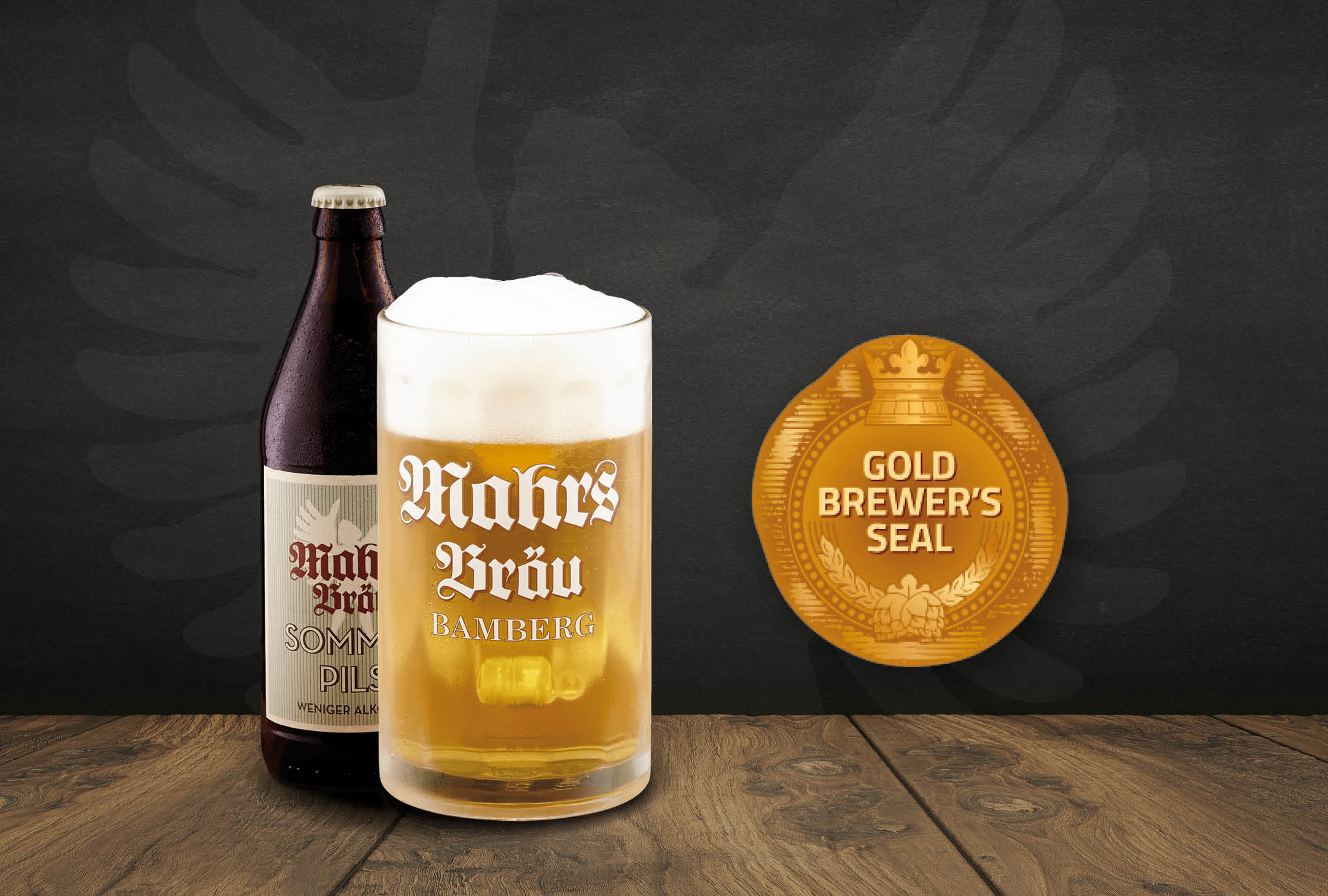 It is well known that the “light” Mahr’s Bräu Sommerpils, with its 2.8% abv. is especially loved by light beer drinkers. The jury of the “XXVIII International Beer Festival Budweis” was also enthusiastic about the 2018 Sommerpils, which brought the golden brewing seal in the Light Beer Category home to the Wunderburg again, just as it has the previous two years. The “XXVIII International Beer Festival Budweis 2018” is the largest competition of its kind in the Czech Republic. Although the atmosphere in the Budvar Arena evokes a great feeling of togetherness, here are hundreds of breweries and beer brands competing against each other for the coveted “Gold Brewer’s Seal” and the “World Beer Seal”. In February, an independent jury – consisting of members of “TÜV”, the Czech Food Inspectorate and specialists from the international beer industry – tasted more than 1,000 lagers, ales, strong and wheat beers, along with other specialty beers, in an anonymous selection of the best who were to be awarded the brewing seal. (*Translated from original German text into English by UCCB International)