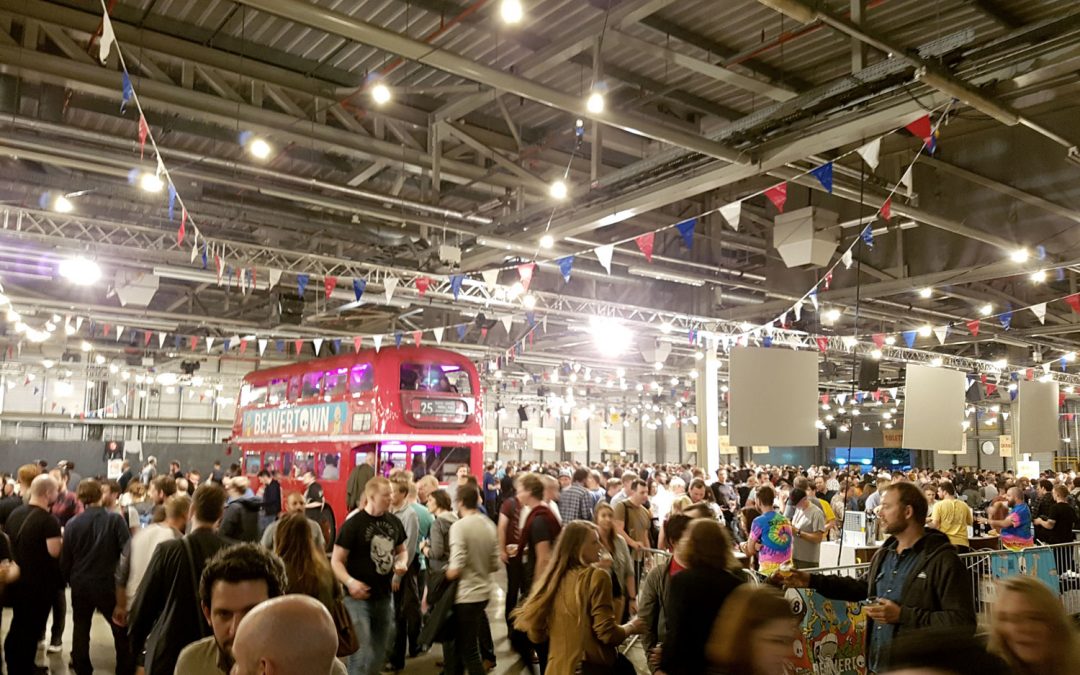 The best beers in the world, all under one roof… this is known as “The Beavertown Extravaganza”, launched 4 years ago by Logan Plant – former lead vocalist of “Sons of Albion” and founder of the acclaimed craft beer brewery “Beavertown Brewery” in Tottenham, London. When it’s September and 80 top international breweries put their top brew specialists on a plane, loaded with their best and most renowned craft brewing material, prepared to serve a wide variety of creations, at 80 bars, amongst numerous beer connoisseurs and aficionados – this must mean “The Beavertown Extravaganza” is on. And who was the only lager beer brewery in the world present in London? If you guessed Mahrs Bräu, hailing from Bamberg’s Wunderburg, you are correct, sir! Because, according to Logan Plant, it’s one of the best lager breweries ever. So, a Franconian lager…showcasing at a British craft beer festival? Together with all those IPAs and Wet Hops…really?! Of course! Each Mahr is still handcrafted and Mahr’s Bräu is deeply rooted in its local region, carrying on centuries of tradition. Mahr’s Bräu is not explicitly focused on the booming craft beer market, but of course we are as pleased as Punch to enjoy international respect and taste. The brewery owes its popularity not only to its top sellers, such as the ungespundet “a U” lager, but also to its successful cooperation with other brewers in the past. Here’s to more planned collaboration and exciting cooperative efforts in the future. Cheers! (*Translated from original German text into English by UCCB International)