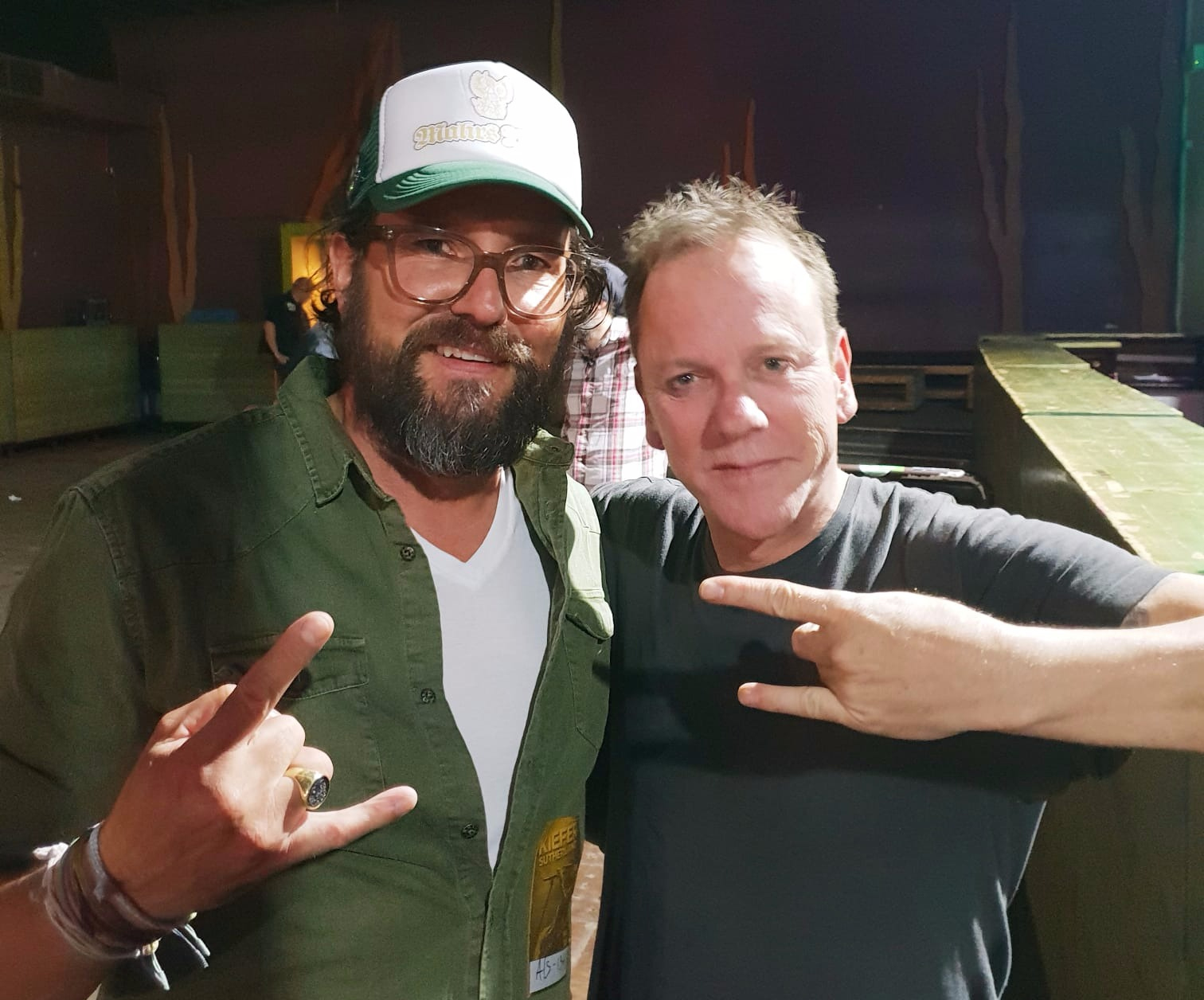 Almost a year to the day after his last tour through five German cities, Kiefer Sutherland is back in Germany for a second round; touring to promote his debut album “Down In A Hole”. The Hollywood star, and famous son of acting legend Donald Sutherland, has been in the music business for some time now. Kiefer Sutherland represents artists such as Rocco DeLuca and the Burden, HoneyHoney and Billy Boy on Poison under his record label “Ironworks”, founded together with Jude Cole in 2002. Last night Stephan Michel met the actor and country music artist after his concert in Nuremberg, bringing along a bottle of Mahr’s Bräu Whiskey for the brown-water enthusiast. Kiefer Sutherland, who knows Stephan through mutual friends and a mutual passion for whiskey, was impressed and delighted by the fine single malt produced in Bamberg’s Wunderburg. And Stephan Michel is always enthusiastic about Kiefer Sutherland’s music and raves of a “…very personable and open-minded guy, who knows how to put on an awesome concert.” Anticipations are high as to what’s to come from this friendship… We know this Bamberger traditional brewery has always been one for surprises. Mahr’s Bräu is no longer just beer and Rock ‘n’ Roll, but now a little bit Country. On the Rocks…and Mahr continually sets the bar. (*Translated from original German text into English by UCCB International)