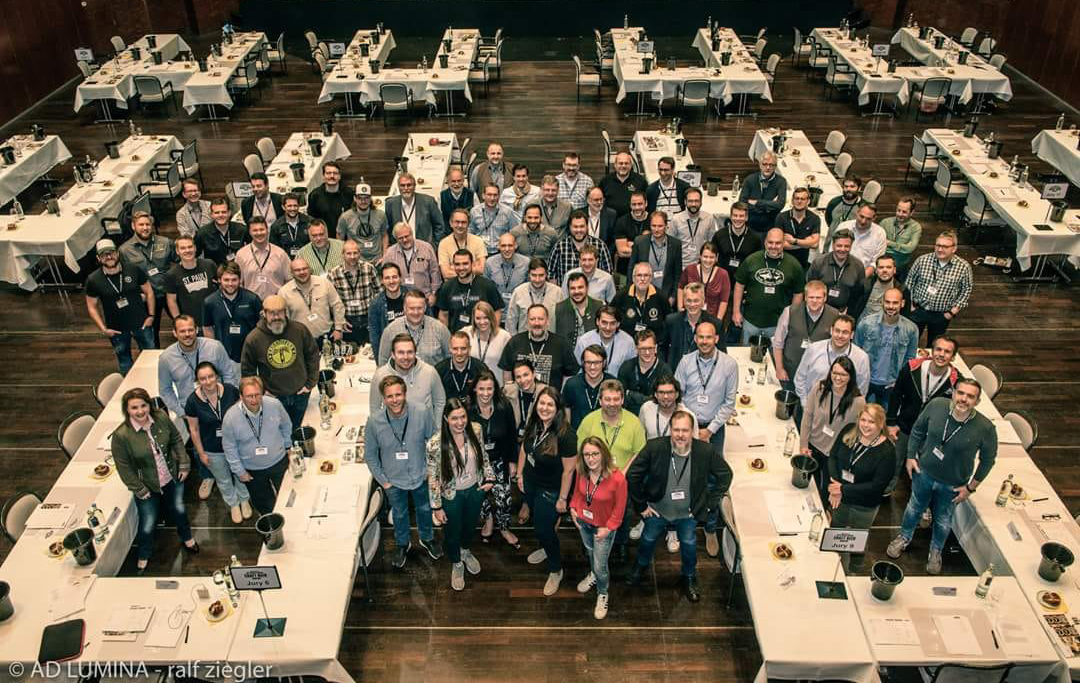 In total, 74 beer styles were tasted, as the jury of this year’s fifth annual “Meininger’s International Craft Beer Award” went in search of the best beer specialties from around the world. Among the jurors sat Stephan Michel of Mahr’s Bräu. Divided into jury groups, he tasted with six other judges within his group, under the chairmanship of a jury president as beers were served in theme related flights. Each beer was individually evaluated to receive the attention it deserved. And, unlike other awards, it did not compare them, but instead judged each beer individually. For two days, it was important to evaluate numerous beers in a 100-point scheme, in terms of appearance, bouquet, taste and overall impression. Then, as a special feature to the “Meininger’s International Craft Beer Award”, judges described each beer aromatically. For years the awards have served as a reliable guide to consumers, because the strict limitation – only a maximum of the best 30 percent of the submitted beers are awarded – ensures that only absolute top quality selections will be awarded platinum, gold or silver. By the middle of May, we will find out if Mahr’s Bräu, in addition to the honor of being seated on the jury, also receives the honor of an award. In 2016 and 2017, Mahr’s Bräu “Helles” brought home silver to the Wunderburg, and in 2017 “aU” pocketed gold. More about the awards at https://www.meininger.de/en/craft-beer-award/award (*Translated from original German text into English by UCCB International)
X
Diese Website benutzt Cookies. Wenn du die Website weiter nutzt, gehen wir von deinem Einverständnis aus. Mehr InfosOK