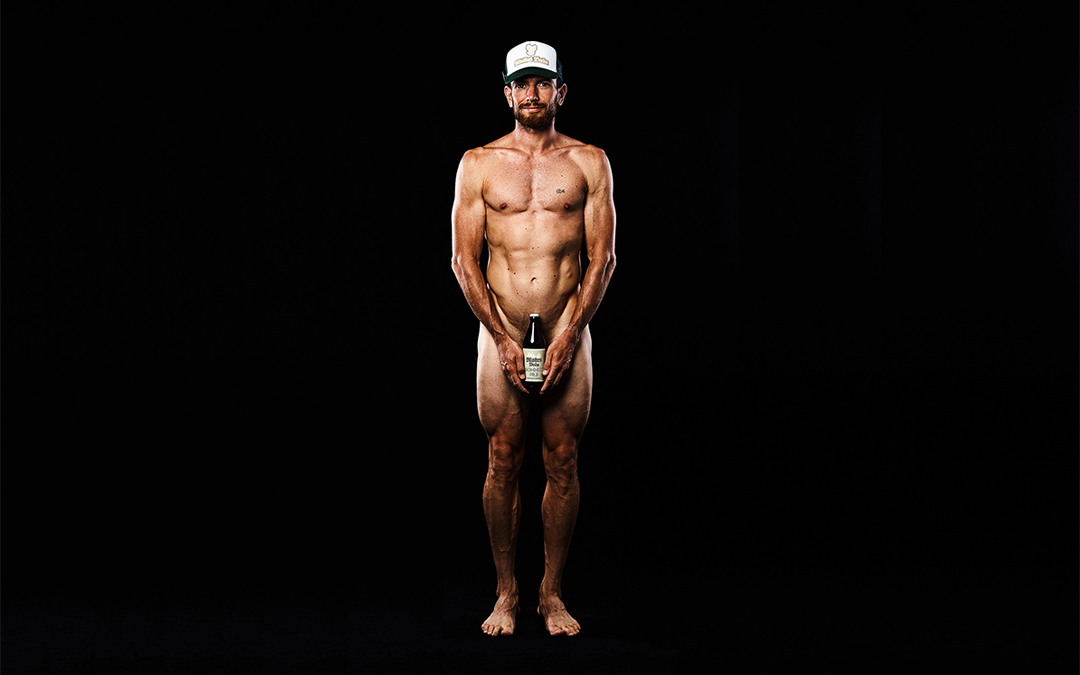 He is on the right path, if not the best one. Triathlete Chris Dels, of team “Mahrs Bräu nicht Alkoholfrei” (Mahr’s Bräu not Non-Alcoholic), from Bamberg, is currently working his way to the top by winning one victory after another. It’s all in preparation for the big show, the Ironman World Championship in Kailua-Kona, Hawai’i on October 12th 2019, and it’s his goal to be on that podium. To get himself ready, he podiumed in South Africa at the 2018 Isuzu Ironman 70.3, in Nelson Mandela Bay. The “Machine” (that’s what we call him), Chris Dels really delivered; winning the World Cup with a time of 4:06:30. He was first out of 326 athletes in the M30-34 class and ranked 30th out of 3,765 of the world’s top athletes. He was sharing the stage with triathlon greats like Jan Frodeno. It’s a dream of many triathletes, to stand tall among the best, at least once in their lives, at the Ironman Hawaii. The world’s best athletes compete in one of the toughest and most renowned endurance competition known to mankind: a 3.86 km rough water swim, 180 km bike race and 42 km run; traversing the barren lava fields along the Kona Coast, where ominous black volcanic rock dominate the landscape. Athletes combat the “ho’omumuku”, crosswinds of over 72 kmh, and are exposed to the scorching sun which brings temperatures that hover around 35°C. In order to turn their dreams into a reality, one needs to muster up two key qualities: ​​hard work coupled with irrepressible discipline. Bamberger athlete Christopher Dels has fully internalized these principles. Last year, he biked more than 12,000 km, ran over 1,900 km and swam an excess of 450 km – on average for 20 to 25 hours a week – to turn his dream of finishing on the podium at the 2019 World Championship in Hawaii into a reality. Competing in Triathlons isn’t cheap – due to equipment, the high registration fees and travel costs. “As a native of Bamberg, I am proud to embody the high quality of Mahr’s Bräu and other top regional supporters,” says Christopher Dels. “I could have never achieved my goals alone, and it’s only been made possible through the support of my team and our sponsors.” As our slogan says, “Mahr sets the bar,” taking point as the team’s lead sponsor, and fully standing behind our “triathlete who sets the bar.” Together with CEO Stephan Michel, Christopher Dels founded the team “Mahrs Bräu nicht Alkoholfrei”, who’s name sarcastically plays off of team “Erdinger Alkoholfrei.” Chris Dels’ strategy has proven him correct – PP19 is fully on schedule. He qualified for the World Cup in South Africa, by finishing fourth overall at the Ironman 70.3 on Mallorca (first in his age group and best athlete from Germany, with 4,000 participants, the largest Ironman of this distance). After a recovery break of only two weeks, he went on to become the runner-up German champion in age-group 30 over the same distance (despite the technical malfunction of his bike wheel), and managed to achieved the fastest overall run-time of any age-class – 1:16h half marathon. After the M-net middle distance triathlon he went on to the podium as the South African World Champion in his age-group and, come October 6th, it’s onto the Ironman Barcelona for qualification in the Ironman World Championship (Long Distance) in Hawaii on October 12th 2019. These are ambitious goals…however, for a top athlete like Chris Dels, they are totally realistic. The entire sponsoring team – as well as the entire city of Bamberg – are fully behind our man, the Machine, Chris Dels. ________________________________________ More about Chris Dels at www.chris-dels.de *Translated from original German text into English by UCCB International
X
Diese Website benutzt Cookies. Wenn du die Website weiter nutzt, gehen wir von deinem Einverständnis aus. Mehr InfosOK