A BRAVE NEW WORLD – MAHR SETTING THE BAR WITH CANS 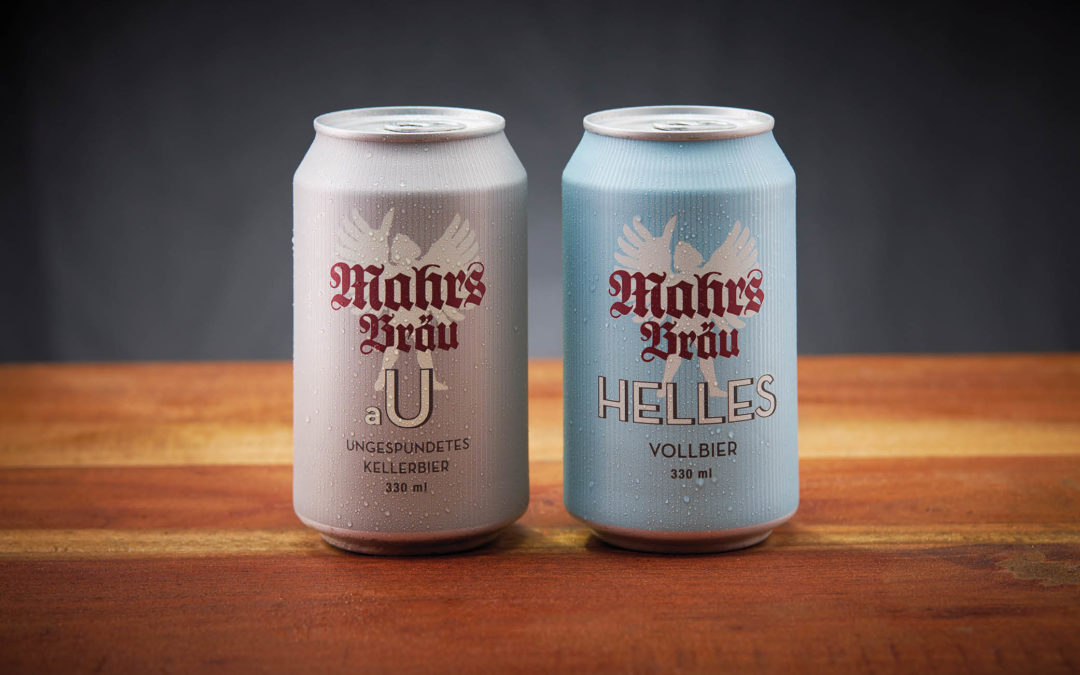 The fact that the Mahr’s Bräu “Helles” is Germany’s best is not only known by people in Bamberg’s  Wunderburg, but has also been validated by the 2018 World Beer Awards. In addition, according to Lonely Planet’s “Gourmet Beer Tour”, Mahr’s Bräu is one of the best craft beer tasting venues in the world. And now Mahr’s Bräu is venturing into the brave new world with its two classics “aU – Ungespundet” and “Helles Vollbier” now available in a can. The conclusion: It doesn’t only look good.

Sure, cans are not always great. There’s nothing like a cool “Helles” on tap or a freshly capped “U” out of the bottle. But canned beer also has a right to exist, even in a traditional country like Germany…especially when it’s from Bamberg’s Wunderburg. On the go, out of a food truck, at parties, during events, or just about anywhere the fragility of glass is not welcome, Mahr sets the bar as the perfect canned companion. Does the beer taste as good from a tin can as it does from glass? Some say no. Some say it’s even better! Due to the imperviousness of cans, UV radiation can’t penetrate, which means beer lasts longer and always tastes fresh. And the environment? Safe – Glass is fundamentally better in terms of life cycle assessments, however, cans are not as environmentally harmful as they have been preserved. Cans are made of aluminum and are fully recyclable. Due to the thinness they are very light and thus require less energy during transport than glass. Also the energy needed for cleaning or repurposing glass bottles is eliminated. Because cans have a higher deposit value than glass bottles, they are statistically returned more often to beverage retailers than a good ol’ glass bottle, which is far too often simply thrown into the trash – or even worse, just tossed into the environment. As demonstrated by current statistics, condemning the can is, in principle, out of date. It certainly has its raison d’être, as well as environmental advantages. Because Mahr’s Bräu is not only vested in the preservation of the Wunderburg, but also the entire planet…AND because we are not “just” brewing beer, but also passionate about surfing our world’s oceans…AND because we do not want more wildlife getting caught in plastic six-pack rings or that our seas be choked and poisoned with more plastic trash; Mahr will, once again, set the bar. We will be the first and only German brewery using 100% ecologically biodegradable six-pack rings. Whether discarded outdoors or in water, they biodegrade within a few weeks and, because they are made from compostable materials, they are not harmful if ingested by wild animals, or drunk humans. Save our planet! Drink Mahr’s Bräu from a can. *Translated from original German text into English by UCCB International