Donkey Vote – have a beer for EU environmental protection 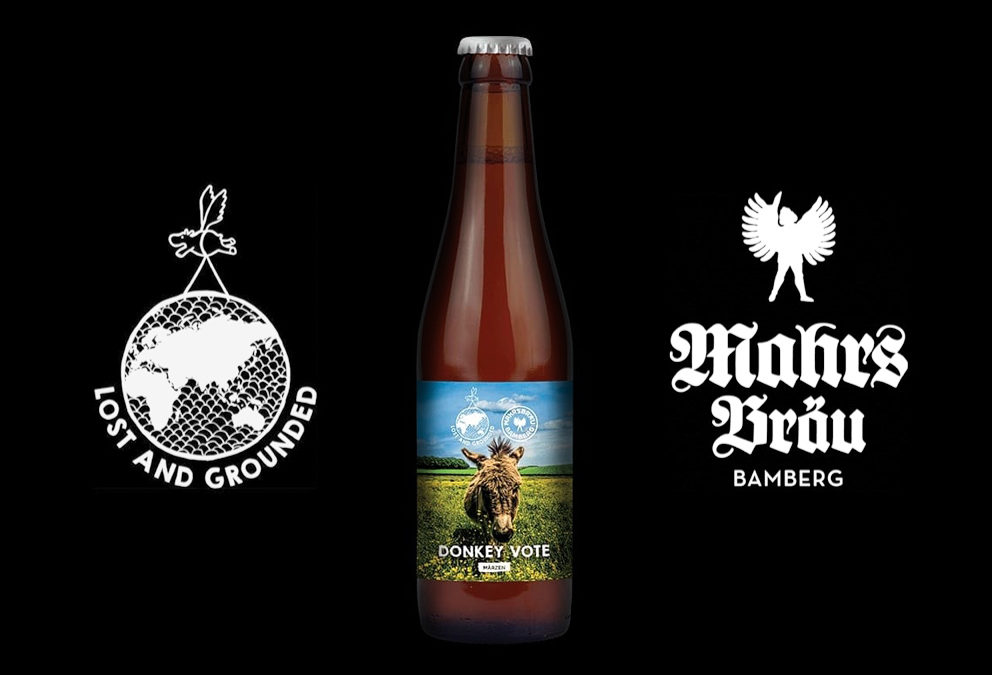 “Citizens of Everywhere” – probably the largest joint venture craft brewing project ever – is bringing together 12 craft beer breweries from the UK (which includes breweries from Wales, Scotland, Northern Ireland and England) along with 12 craft breweries from 12 different European countries. Great Britain is on the way to an uncertain future, so Sam Owens of Thirsty Cambridge and Justin Hawke of Moor Beer wanted to do something to commemorate all the positive achievements of EU membership. And so, 12 breweries paired off and brewed a beer to celebrate the EU’s success. The 12 beers will be officially launched at a series of events across the UK starting March 22nd, and distributed to approximately 75,000 Beer 52 subscribers. This includes “Donkey Vote”, the delicious Märzen beer brewed by Bristol’s Lost and Grounded Brewers and Bamberg’s Mahr’s Bräu. Donkey Vote is dedicated to the EU theme of environmental protection, for which Mahr’s Bräu has been heavily involved for many years, with their sustainability concept. The beer is named, “Donkey Vote” thanks to Lost and Grounded founders, Alex and Annie, who want to let beer lovers interpret the name themselves… The Bristol-based Lost and Grounded craft beer brewery has been around since 2016 and is a big fan of German and Belgian beer brewing. Alex is also an avowed Mahr’s Bräu aficionado. This gave birth to the collaboration between the two breweries, which has brought an excellent Märzen beer to light. Starting March, this beer can be tasted and will certainly attract strong supporters, whether within the EU or not. *Translated from original German text into English by UCCB International