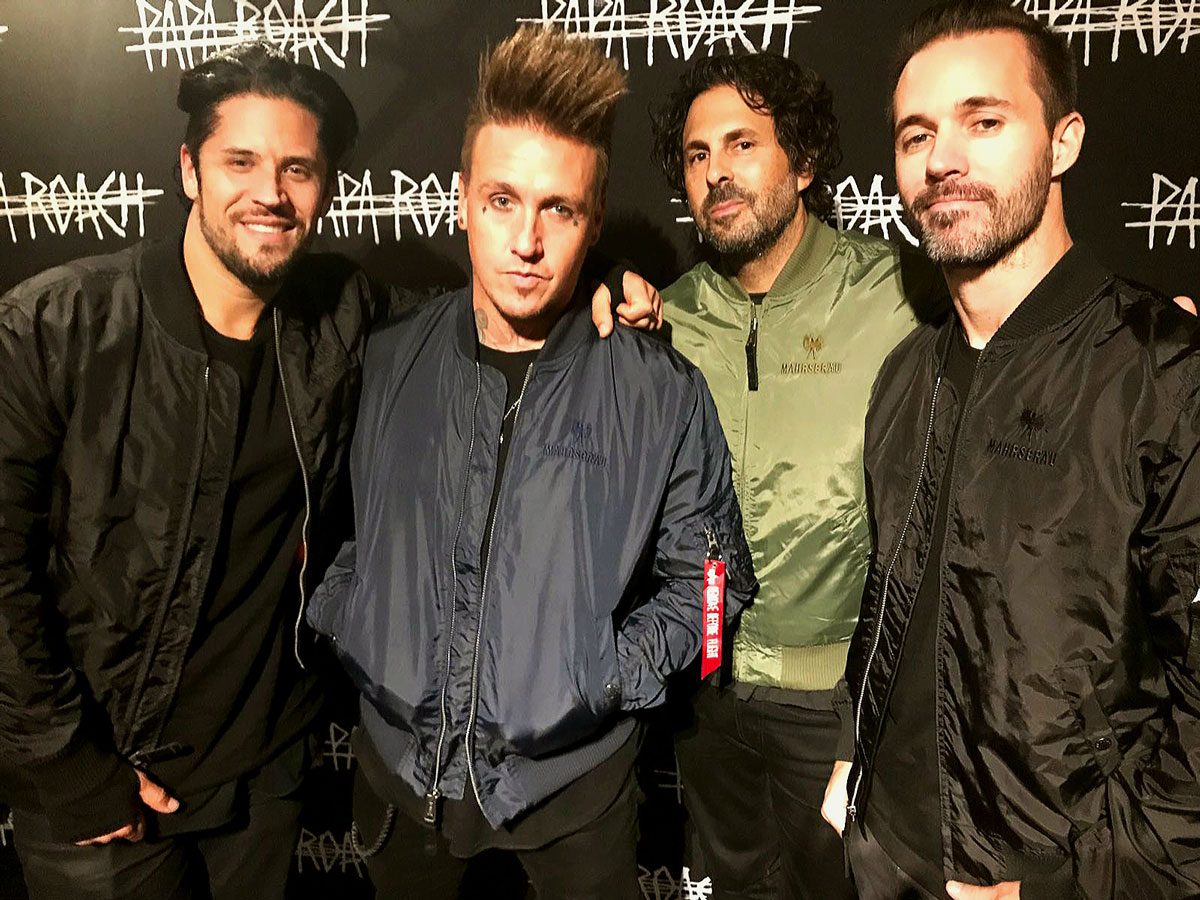 When Papa Roach – which, by the way, is probably one of the best live acts of the last few decades and have been more than successful over the last 19 years – is touring Germany, then Mahrs Bräu has toured with them for many of those years. That’s because the band is closely connected with the traditional brewery hailing out of Bamberg’s Wunderburg. If the boys are on tour through Germany, they never miss an opportunity to visit their old pal Stephan Michel in the birthplace of the much-loved “Ungespundeten” beer, or simply “a U”. For example, this fall during their “Crooked Teeth” tour. In true Rock Star style, the band was picked up by Mahrs Bräu in the afternoon with a Motor-Nützel Q7-Shuttle for a get together in the Wunderburg. After an extremely tasteful, and tasty, brewery tour, it was time for some Franconian delicacies and beers. The night rolled on until well after midnight; philosophizing about the art of brewing and making music, and from time to time turning nostalgic; reminiscing over a friendship that has spanned over 18 years. When back in there home State of California, the boys also live and love the Bamberger beer culture, and they enthusiastically carry it with them on tour, at all their concerts and out into the world. For example, at a Papa Roach concert in Chicago, Tobin likes sporting his now iconic Mahrs Bräu bomber jacket, or Tony wears his Mahrs Bräu shirt. Mahrs gets around. Merchandising our love of tradition, so to speak: what more could one want? But now other US bands have also been “drawn to the taste”, as it were. 3 Doors Down, Mastodon, In Flames, 5 Fingers Death Punch, Stone Sour, Ugly Kid Joe, and, and, and, to name just a few of the newly converted real Mahrs fans. “Mahrs rocks”, as they say. *Translated from German into English by UCCB International