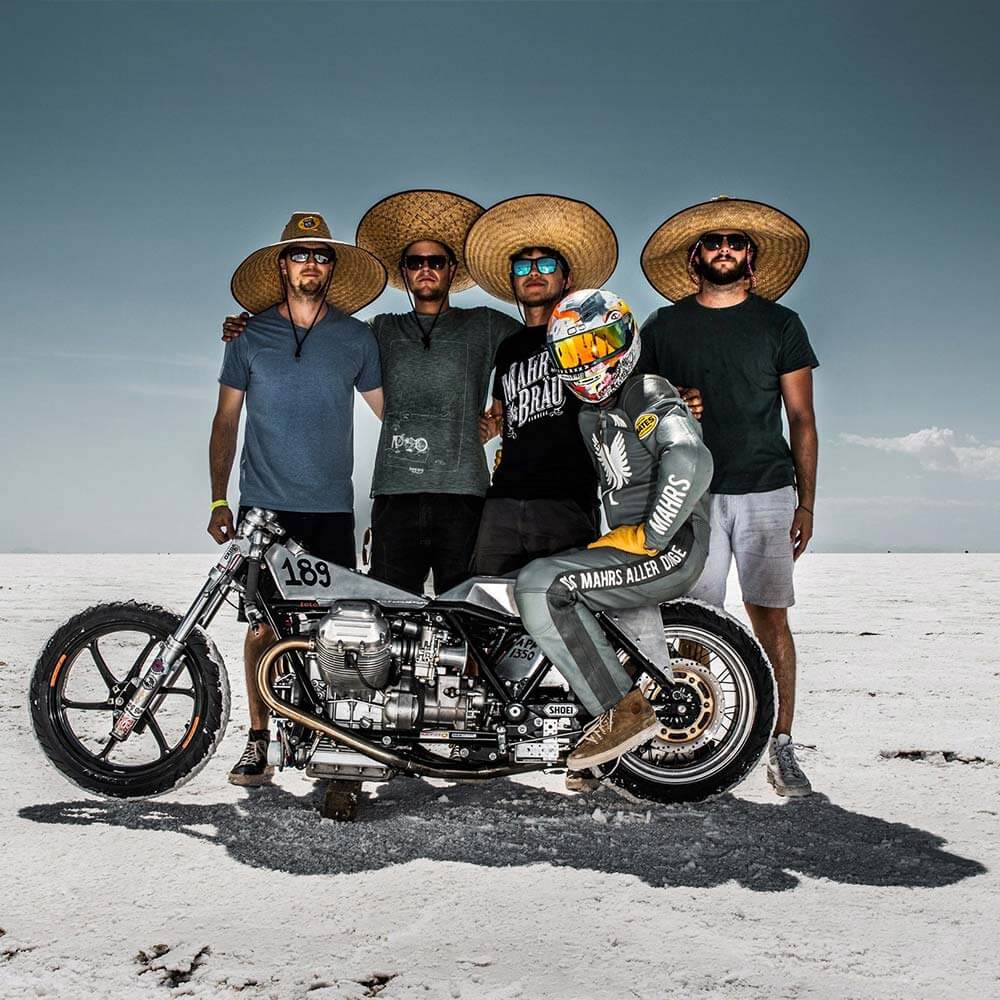 Mahrs Bräu on the Salt Flats

The Bonneville Salt Flats (a large packed salt pan in the US state of Utah, which resulted when Lake Bonneville, just west of the Rocky Mountains, dried up near the end of the last ice age) is home to the Bonneville Land Speed Race every August. Participants from all over the world come each year to set grandiose land speed records with a wide variety of vehicles. What does that have to do with beer? A lot. And not just any beer – Mahrs Bräu beer. To organize the race, the Salt Flats have to remain extremely dry and they are only this dry about three months out of the year. It’s our tradition, as a brewery, that we can’t just sit back and watch something so dry. All joking aside, we discovered, and were very impressed by, the innovative ideas and talent coming out of “Young Guns Speed ​​Shop” in Switzerland. Luck would have it, they liked the guys at Mahrs Bräu too: our tradition, our philosophy, and of course…our beer. That’s why “Team Mahrs” decided to sponsor “Team Young Guns”. The passionate speed shop is led by Nik Heer, who organized a charity event that rocked Bonneville with speed, exhilaration and their custom built bike “Ferdinand” (not to mention some extremely cool Mahrs Bräu racing leathers). Many hours of blood, sweat and tears, along with countless Mahrs Bräu brews, were poured into this. The result of all the hard work, and the outcome of the speed trials, proves that Mahrs Bräu doesn’t only taste damn good, but it will also make you fast: Ferdinand reached a top speed of 164mph and preparations for the next record attempt at Bonneville are already in the works. Mahr sets the bar. Rock on. (*Translated from original German text into English by UCCB International)