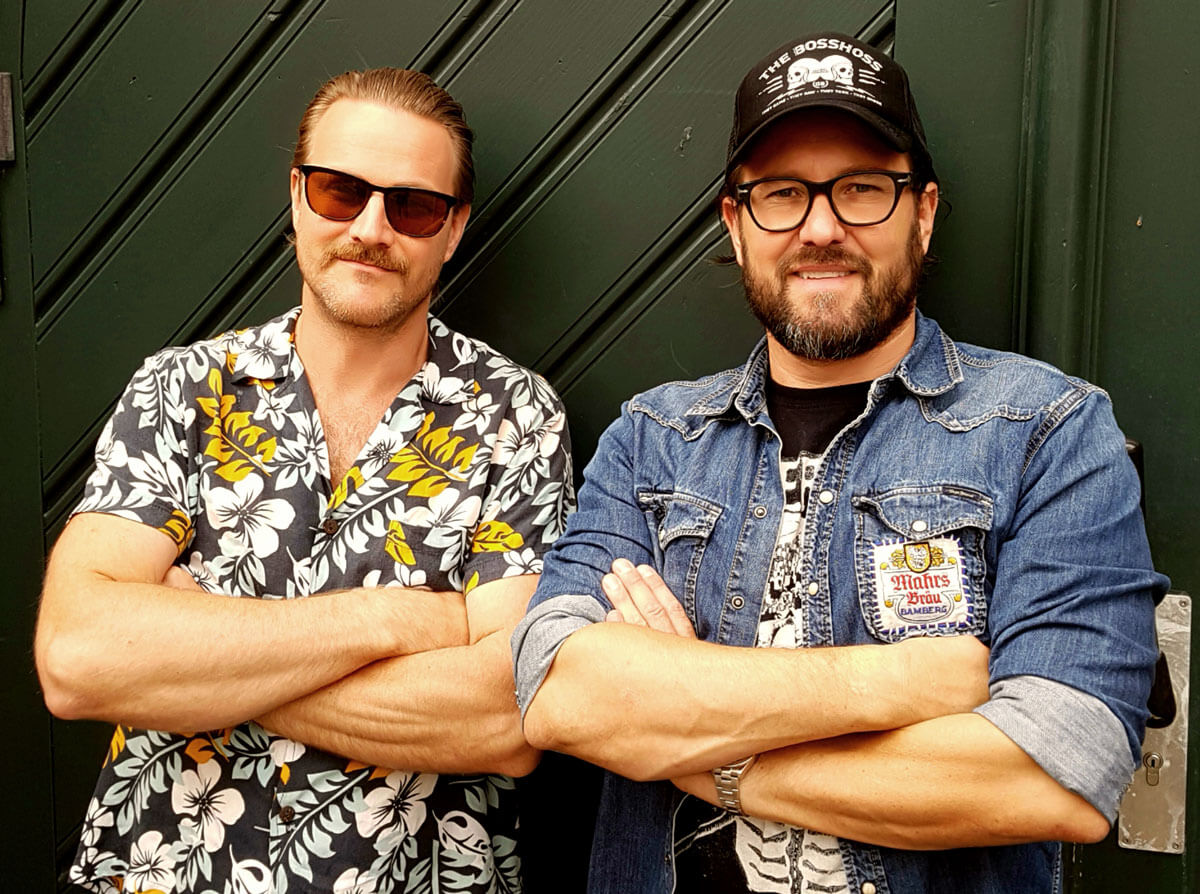 Ansgar from The BossHoss as an Intern at Mahr’s Bräu When Ansgar, the drummer of The BossHoss, comes to Bamberg, what’s he doing? That’s right: rockin’ an internship at Mahr’s Bräu! I kid you not. This past summer, the Berliner spent a week in coveralls inside the brewery. Mahr’s Bräu CEO Stephan Michel and Ansgar “Sir Frank Doe” Freyberg have come to know and admire each other through mutual friends. Mahr’s expert brewers offered him more than just to peak over their shoulders; Ansgar was able to roll up his sleeves and get his hands hoppy. He’s not to be under estimated either. The drummer is not a greenhorn in the brewing business. He has already been brewing his own beer in a 20 liter Speidel kettle on his balcony in Berlin, and Ansgar requested an internship with Mahr’s Bräu because he wanted Mahr to help him broaden his brewing knowledge. At the end of the internship, he was enthusiastic about the Bamberger beer culture and visibly gratified by the experiences he gained. There’s never a dull moment in Berlin – his music and three children keep him on his toes. Nevertheless…when he bid farewell to his crew at Mahr’s Bräu he assured them that he’s always ready to lend some help, if there’s ever a bottleneck at the brewery. And Mahr’s Bräu is also there to help – for example during the upcoming festival season. But don’t worry; the traditional brewery won’t be playing the drums in BossHoss. The help comes more in the form of a frosty beverage, since Mahr’s Bräu “Helles” and the ungespundete “a U” are now also available in cans. That’s some good stuff. Yeah Gimme That. *Translated from German into English by UCCB International