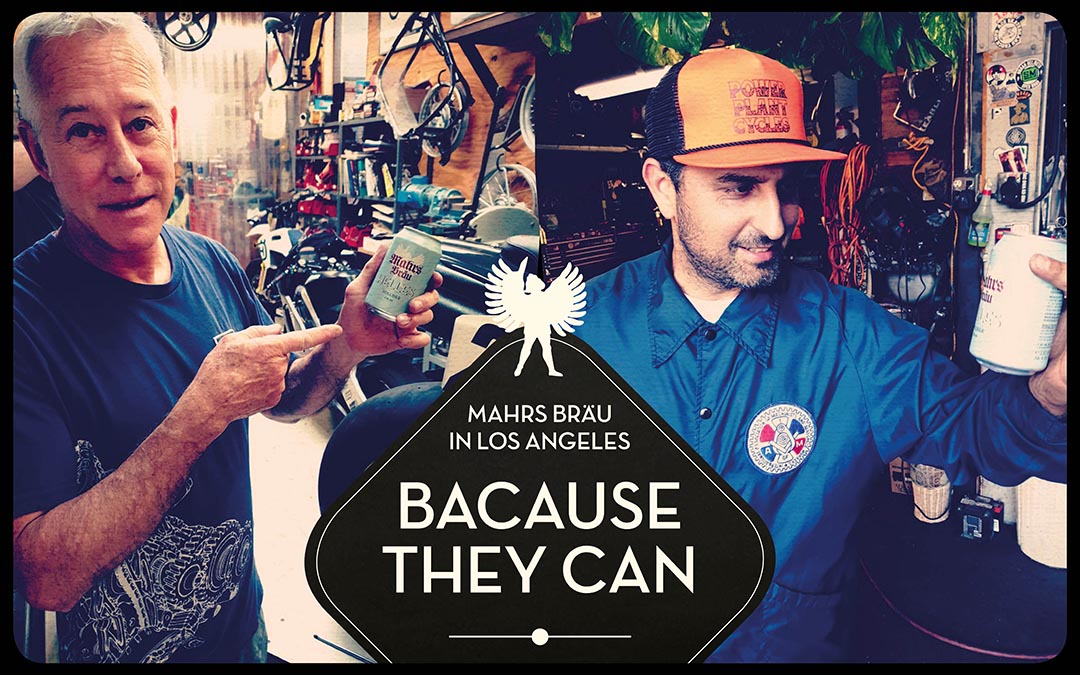 Ever since he could remember, Deus Ex Machina US Motorcycle Design Director Michael “Woolie” Woolaway has taken things apart and reassembled them. Since joining Deus in 2008, this Hawaii-born, California-raised jack-of-all-trades has been impressing stars like Orlando Bloom, Ryan Reynolds, Billy Joel and Bruce Springsteen with his wrench-turned works of art. Woolie loves what he does, “I’m thrilled to have this opportunity of making a solid contribution to this company, and I’m thrilled to design and build motorcycles that inspire. I really enjoy what I do.” Woolie is an inveterate Mahr’s Bräu fan. He was stoked when Stephan Michel brought along some cans of Woolie’s favorite Wunderburg “Wonder Beer” during his last visit to L.A. after the Firestone Walker Invitational Beer Fest. He and his boyz enjoyed hand-brewed beer in its handy new container – perfect for L.A., where people swear by German lager and especially by Bamberg’s Mahr’s Bräu. Also on hand was Yaniv Evan, founder of Powerplant Moto Cycles and one of L.A.’s best motorcycle mechanics, who is also an avowed Mahr’s Bräu fan. “I was big into motocross. I always had posters on the wall…I always wanted to grow up and ride a bike,” said Evan. Inspired by his roots in aviation, and his love for hot rods, racing and vintage motorcycles, Yaniv spent decades perfecting his legendary style. Yaniv’s passion for detail is the soul of Powerplant Moto Cycles in L.A., and every customer has the opportunity of taking home a slice of that soul. Whether a big Hollywood star, high profile client or someone just looking for a daily-driver, numerous people have collaborated with him to build the ride of their dreams. Evan has also cast his spell on German celebrities, having his first-class motorcycles showcased in numerous videos shot by The BossHoss, along with the reverence of his longtime buddy, Stephan Michel. Yaniv was psyched to hang with Stephan in L.A., reminiscing over a few cans of Mahr’s Bräu that Michel had brought along. Cold suds, good buds and motorcycles: life doesn’t get much better. *Translated from original German text into English by UCCB International