On the road to Flanders - Mahrs Bräu

On the road to Flanders 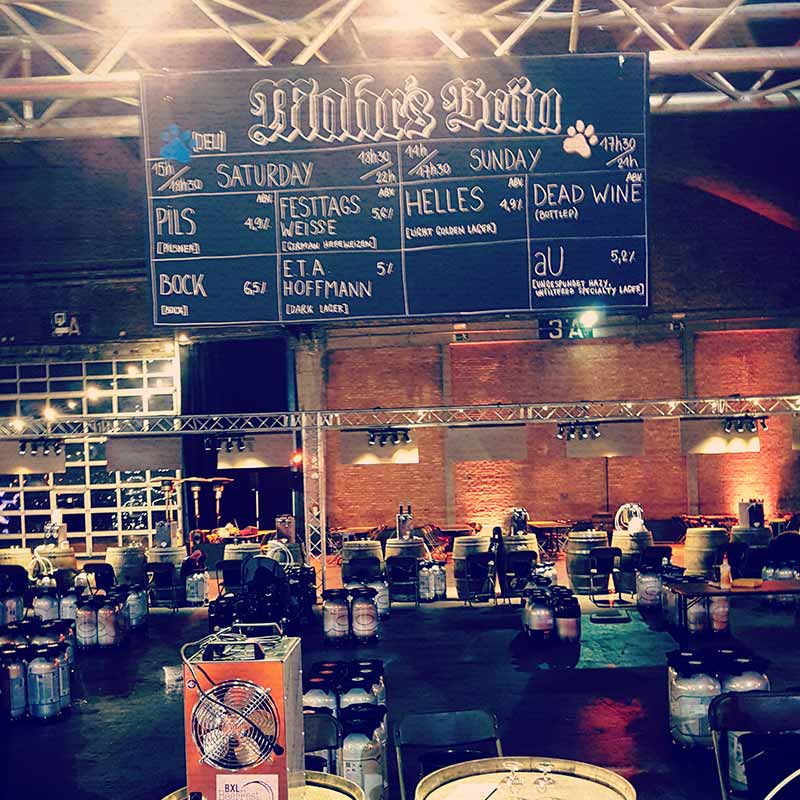 Mahr’s Bräu set out for the port city of Antwerp last weekend to present the finest Bamberger beer from the Wunderburg as one of 50 internationally selected breweries invited to “Billie’s Craft Beer Fest”. For two days, this Belgian city transformed itself into a beer utopia and every beer lover was quenched with their fill of liquid goodness. The beer festival was launched by Billie’s Bier Kafétaria and HopisHop. Billie’s, which was incidentally named after the owner’s dog, has been an Antwerp insider’s secret tip for craft beer lovers from around the world for the last 3.5 years. The idea for this Beer Fest was the brainchild of HopisHop – well known in Antwerp for its Underground Micro Beer Festival and its mobile beer bars throughout the city. No sooner said than done; 50 of the best international craft beer breweries were invited to Antwerp, together with a team of seven certified beer experts and numerous beer lovers and connoisseurs, to celebrate handcrafted beer, revel in good taste and build professional networks. So how does Mahr’s Bräu, hailing from Wunderburg, make it to Antwerp? Quite simply: Stephan & Stéfan met in Tallin at – where else? – a beer fest (Stephan number one being the CEO of Mahr’s Bräu and Stéfan number two being owner of Billie’s Bier Kafétaria). Stéfan number two had already heard a lot about Stephan number one, being that he and his Mahr’s Bräu are now one of the most respected top-brewers of lager beer. Eventually they got into a conversation, which inevitably led to Antwerp, and the rest is beer brewing history. Prost! Um…à votre santé! (*Translated from original German text into English by UCCB International)